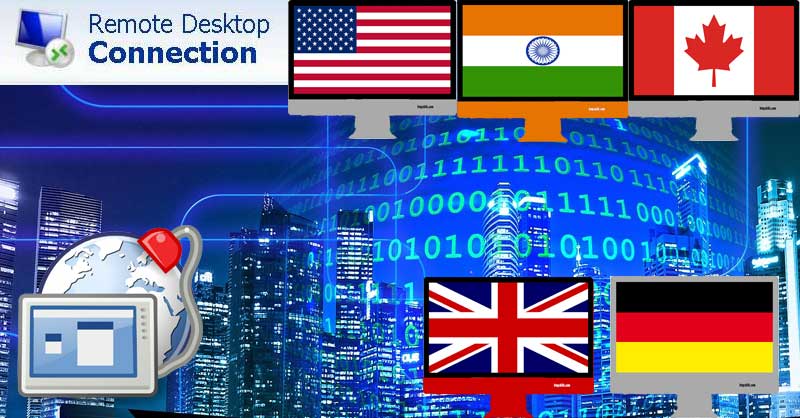 Remote Desktop Protocol (RDP) is a protocol developed by Microsoft that allows graphical connection to a remote computer and sharing of resources. Being able to access RDP over the internet when you’re away from home is good, but securing the connection is the way to go.

By using an SSH server, you will be able to access RDP over the internet securely and access shared resources located in a foreign country.

Before trying this tutorial, you should have the following:

When you have finished writing the information, press Enter.

If this is not the first time you log on to this remote computer and you see a different key fingerprint, there’s a big chance it’s a man in the middle attack SSH.

If everything is correct, press y to store the key in cache. When you see on the screen “press return to begin session”, press enter

Now, you are connected to the SSH server and a local port to connect to the remote PC is listening on port 3390 on your windows computer.

In computer, type localhost and the local port you just setup for the remote desktop.

If this is the first time that you are connecting to the remote computer, the message below is normal; And there is no risk for “man in the middle attack rdp” over the internet because you are already connected to the SSH server.
Click Yes to continue.

If someone is already connected to the computer you will see a message like the one below.

Below in the picture is the Windows 10 desktop of the computer located in a foreign country.

Video to show you how to remote desktop tunnelling through SSH

What To Read Next

Every week our best content will be delivered to your inbox.